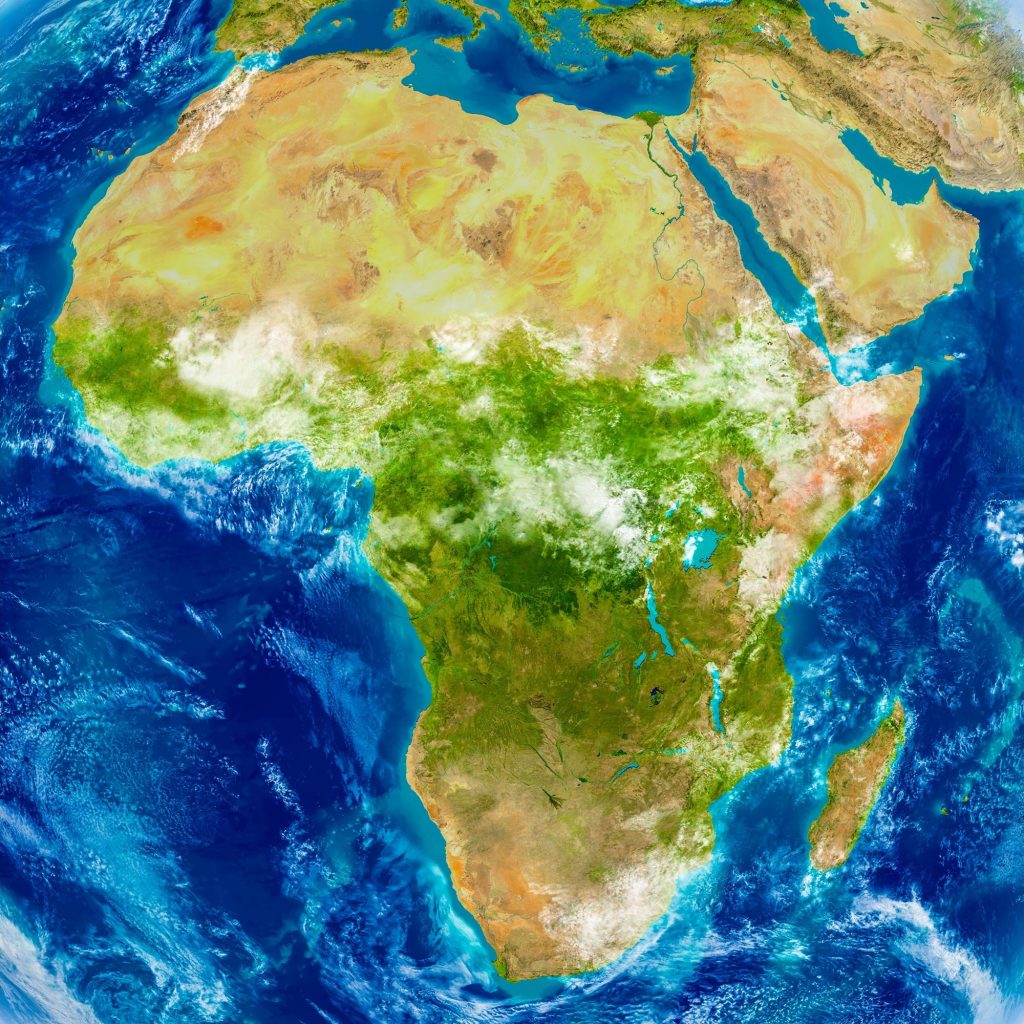 An interdisciplinary team of 44 researchers outlined its findings in “Ancient DNA reveals deep population structure in sub-Saharan African foragers.” The paper was published today in Nature and reports findings from ancient DNA from six individuals buried in Malawi, Tanzania, and Zambia who lived between 18,000 and 5,000 years ago.

“This more than doubles the antiquity of reported ancient DNA data from sub-Saharan Africa,” said David Reich, a professor at Harvard University and investigator at the Howard Hughes Medical Institute whose lab generated the data in the paper. “The study is particularly exciting as a truly equal collaboration of archaeologists and geneticists.” 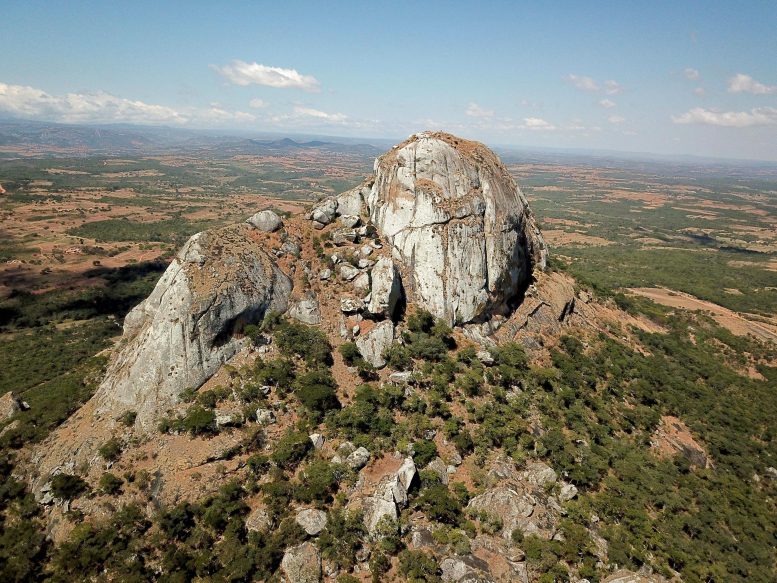 Mt. Hora in Malawi, where recent excavations at Hora Rockshelter uncovered two of the individuals analyzed in a collaborative study of ancient DNA. Credit: Jacob Davis

The study also reanalyzed published data from 28 individuals buried at sites across the continent, generating new and improved data for 15 of them. The result was an unprecedented dataset of DNA from ancient African foragers — people who hunted, gathered, or fished. Their genetic legacy is difficult to reconstruct from present-day people because of the many population movements and mixtures that have occurred in the last few thousand years.

Thanks to this data, the researchers were able to outline major demographic shifts that took place between about 80,000 and 20,000 years ago. As far back as about 50,000 years ago, people from different regions of the continent moved and settled in other areas and developed alliances and networks over longer distances to trade, share information and even find reproductive partners. This social network helped them survive and thrive, the researchers wrote. 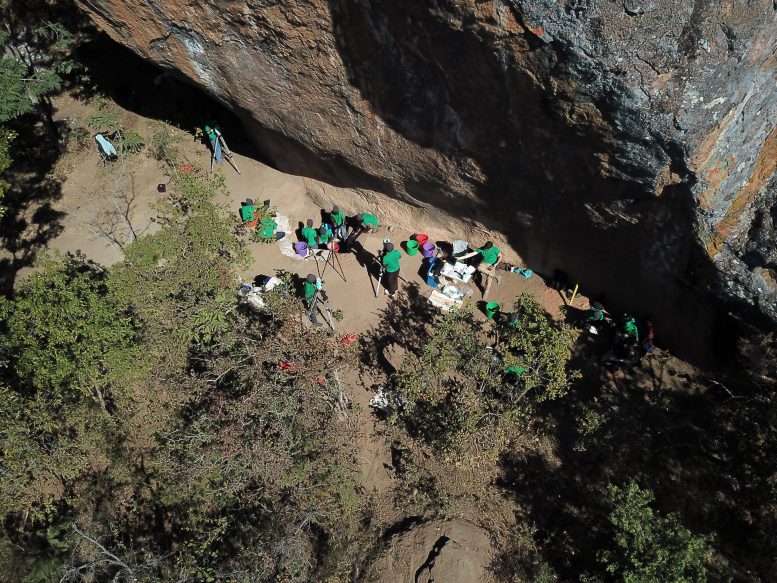 Hora Rockshelter in Malawi, where recent excavations uncovered two of the individuals analyzed in a collaborative study of ancient DNA. Credit: Jacob Davis

Elizabeth Sawchuk, an author of the study who is a Banting Postdoctoral Fellow at the University of Alberta and research assistant professor at Stony Brook University, said a dramatic cultural change took place during this timeframe, as beads, pigments, and other symbolic art became common across Africa. Researchers long assumed that major changes in the archaeological record about 50,000 years ago reflected a shift in social networks and maybe even changes in population size. However, such hypotheses have remained difficult to test.

“We’ve never been able to directly explore these proposed demographic shifts, until now,” she said. “It has been difficult to reconstruct events in our deeper past using the DNA of people living today, and artifacts like stone tools and beads can’t tell us the whole story. Ancient DNA provides direct insight into the people themselves, which was the missing part of the puzzle.” 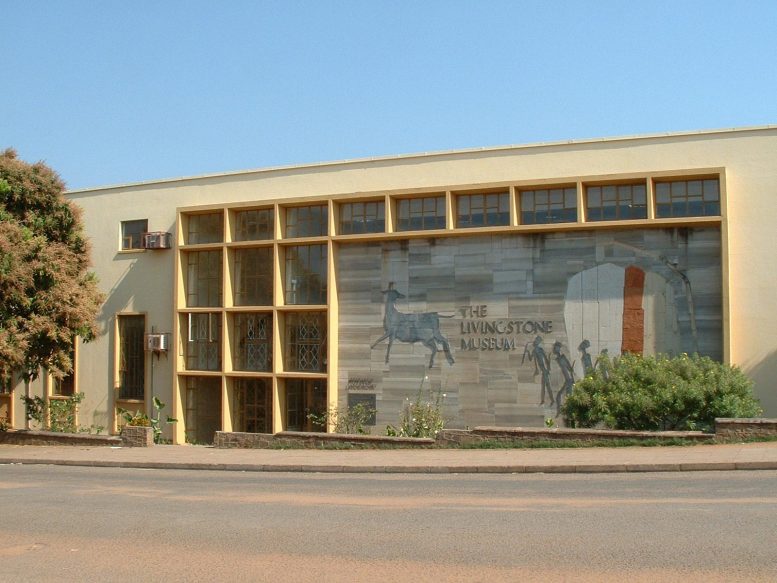 Mary Prendergast, an author of the paper and associate professor of anthropology at Rice University, said there are arguments that the development and expansion of long-distance trade networks around this time helped humans weather the last Ice Age.

“Humans began relying on each other in new ways,” she said. “And this creativity and innovation might be what allowed people to thrive.”

The researchers were also able to demonstrate that by about 20,000 years ago, people had stopped moving around so much.

“Maybe it was because by that point, previously established social networks allowed for the flow of information and technologies without people having to move,” Sawchuk said. 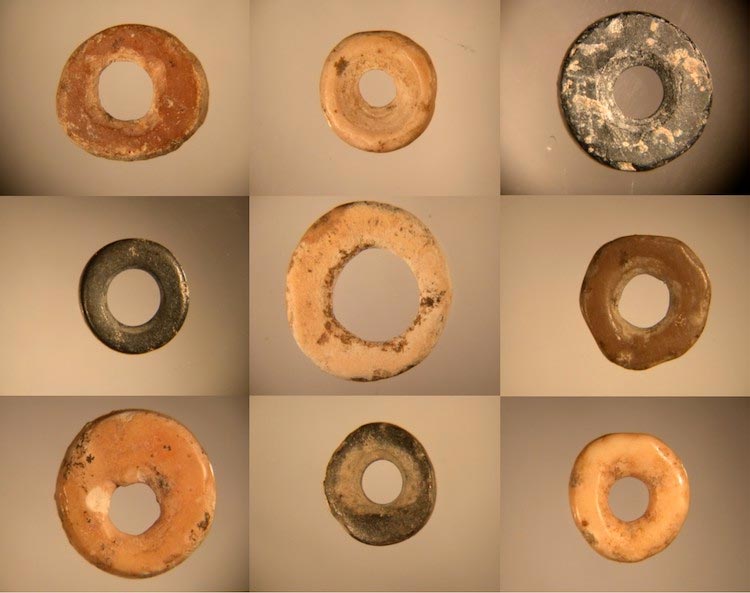 Ostrich eggshell beads from Mlambalasi Rockshelter in Tanzania, where one of the individuals in the study was buried. Credit: Jennifer Miller

Prendergast said the study provides a better understanding of how people moved and mingled in this part of Africa. Previously, the earliest African DNA came from what is now Morocco — but the individuals in this study lived as far from there as Bangladesh is from Norway, she noted.

“Our genetic study confirms an archaeological pattern of more local behavior in eastern Africa over time,” said Jessica Thompson, an assistant professor of anthropology at Yale University, an author of the study and one of the researchers who uncovered the remains. “At first people found reproductive partners from wide geographic and cultural pools. Later, they prioritized partners who lived closer, and who were potentially more culturally similar.”

The research team included scholars from Canada, Kenya, Malawi, Tanzania, the United States, Zambia and many other countries. Critical contributions to the study came from curators and co-authors at African museums who are responsible for protecting and preserving the remains.

Potiphar Kaliba, director of research at the Malawi Department of Museums and Monuments and an author of the study, noted that some of the skeletons sampled for the study were excavated a half-century ago, yet their DNA is preserved despite hot and humid climates in the tropics.

“This work shows why it’s so important to invest in the stewardship of human remains and archaeological artifacts in African museums,” Kaliba said.

“There are around 30 times more published ancient DNA sequences from Europe than from Africa,” she said. “Given that Africa harbors the greatest human genetic diversity on the planet, we have much more to learn.”

“By associating archaeological artifacts with ancient DNA, the researchers have created a remarkable framework for exploring the prehistory of humans in Africa,” said Archaeology and Archaeometry program director John Yellen of the U.S. National Science Foundation, one of the funders behind this project. “This insight is charting a new way forward to understanding humanity and our complex shared history.”